''it will bring peace everytime you will pray for me '' 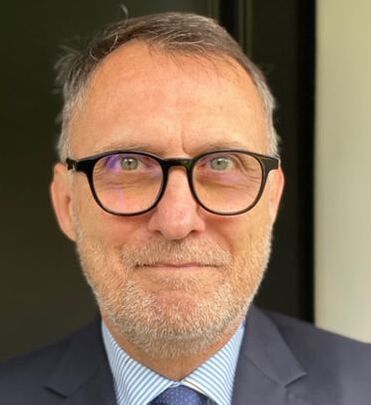 I am Gisabel and I am a spiritual medium, which means I get communications with highly evolved beings of light through a kind of automatic writing called mechanical. By this gift I have been granted with, I communicate regularly with my guardian angel, spiritual guides, the deads, souls being part of my family of souls in order to receive advices in life and messages of love to transmit to those left behind to relieve their pain, help them moving forward in their incarnations or understand their mission of life. It may also happen that in order to understand a current life, it is useful to obtain information about past lives.
"Guy Isabel makes tender contact with spirits of those passed. My session was both illuminating and restorative." - Sarah Kernochan, filmmaker and author of blog "At Home With a Ghost."

Born in a large and modest family Gisabel has always had a passion for science, particularly the chemistry of living things, and so he pursued his university studies in science, where he earned a graduate degree in biochemistry. For many years he worked in medical research laboratories and clinical biochemistry laboratories in hospitals.

Despite a strong scientific background, Gisabel has always been driven by an intense inner life. In fact, since he was 11 years old, he has been interested in everything related to spirituality. It is also at that age that he read his first book on reincarnation which was entitled '' Looking for Bridey Murphy'' from Morey Bernstein writen in 1956, funny reading for an 11 years old child would  you say. That story sparked in him a great desire to learn more on that topic. All those years that led up to today allowed him to explore a beautiful subject called spirituality. Whenever Gisabel saw a book on that subject, he read it.

The most impressive sign that was given to him by the other side occured during a night, in Fall,  when he was unable to sleep. His eyes were wide open looking around in the darkness of his room when he suddenly noticed a tiny orange dot that was just above the foot of his bed which attracted his attention and suddenly saw it coming toward him following a slightly curved trajectory. He noticed that as the dot was getting closer to his face, it took a more disctinct shape. At a few inches of his face, the  small point was in fact a beautiful dragonfly. The body of the dragonfly was orange and the four wings were  blue. It looked like a dragonfly with a crystal body whose colors were radiant. The dragonfly stayed in front of him, with its wings flapping, long enough to make him realize that it could not come from elsewhere than the spiritual world.

At that time he was recording his thoughts and moods in a diary. He remembers, between two thoughts, while his pencil was pressing the page of his notebook, a strange sensation took hold of his hand, that feeling had just wrapped his hand and a force emanated to the point where it started to push his pencil on the paper to generate a sequence of words completely readable. The first contact he had with a spirit during  that writing session was with his guardian angel and the messages that were delivered to him were of great beauty and depth. That communication experience with the spiritual world made him realize he was psychic and could have communication with the beings of light and disembodied souls.

Since that day he did not ceased to communicate with these beings of light and disembodied spirits to help those in need.